The Caniba Rugby Club is one of three male rugby teams in Cartagena. The players are intense athletes with an immense passion for the sport and have an incredible amount of Caniba pride. They also subscribe to a community service philosophy, like many rugby teams all over the world.

Every year The Caniba come together to work with poor communities in Cartagena. Before Christmas, they teamed up with a foundation called FunProVida and sponsor Resina Plast (a business in Cartagena) to put on a rugby and youth development workshop. They began the day with a prayer and some carols before talking to the kids about rugby, being active, being healthy and being a member of a community. They chose the barrio Villa Fany because of its social and economic hardships. After the day’s activities, The Caniba provided snacks and gave out Christmas gifts to the approximately 180 children who attended, seventy of which were girls. The club does this type of activity every year with vulnerable populations in the city and the surrounding pueblos.

“These kids live around constant hostility in their neighborhood and we believe that by planting a seed in this community, we can change the future for these kids,” said Ricardo Cespedes, a Caniba. “It’s very important to do these activities for children to instill good values and motivate them to work for a better future.”

The men of The Caniba are some of the strongest men in Cartagena both physically and mentally. They are professionals in the community and most hold higher education degrees. They are lawyers and businessmen, and some are even fathers, and they still find time to stay physically healthy and to give back to their communities. They are excellent role models and give young people goals to work toward. Also, their shining example of strong citizenship is a guiding light for other teams looking to make a difference where they live. 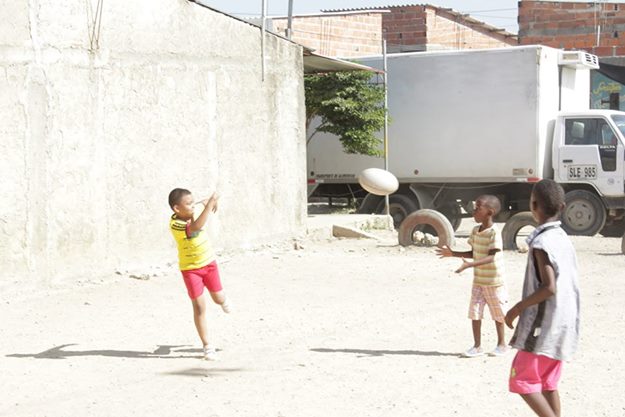 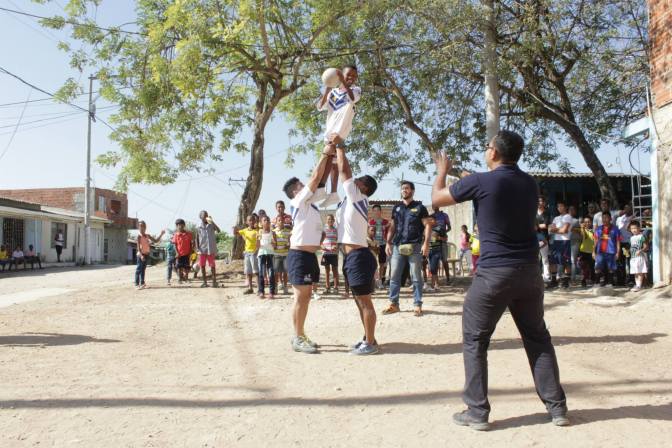 The entire Caniba group with the kids