The following is a brief guide of some birds I enjoy watching and listening to on a regular basis. 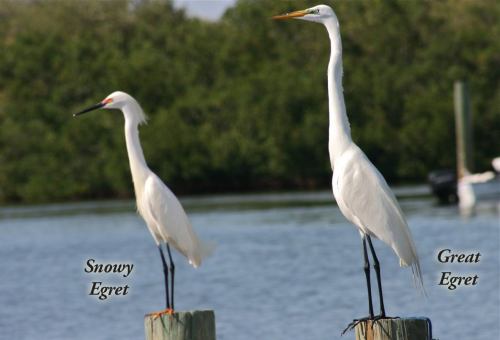 Egrets are those white slender silhouettes in dark marshy areas. The great egret (aka common egret) is large and has a yellow bill. The snowy egret is much smaller, and has a black bill. Other distinguishing features are Snowy’s bright yellow feet and what looks like a pretty cool hairstyle: those are its long and lacey “aigrettes” that signal it’s all grown up.

These are some of the noisiest birds on our list. Common in parks and on power lines, each of the guys has a glossy violet-black body, a super-long tail and piercing pale-yellow eyes. The ladies are shaped like the males, but are a matte brown. With various whistles and little chirps, it’s a very distinct noise in developed areas. 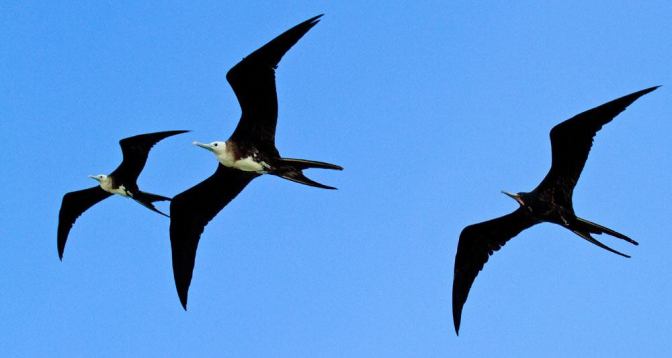 The first time I saw this bird it was a dark, prehistoric and motionless shape caught in the vast blue dome above the jungle beaches of Parque Tayrona. The sharp outline caught me feeling like a kid seeing a real live pterodactyl. My inner grown-up convinced me to find out what I could on this bird. You’ll find the magnificent frigatebird over the beaches of the Carribbean coast. How to tell between a female and male? Well, just look at the chest: pop of white, and she’s female! 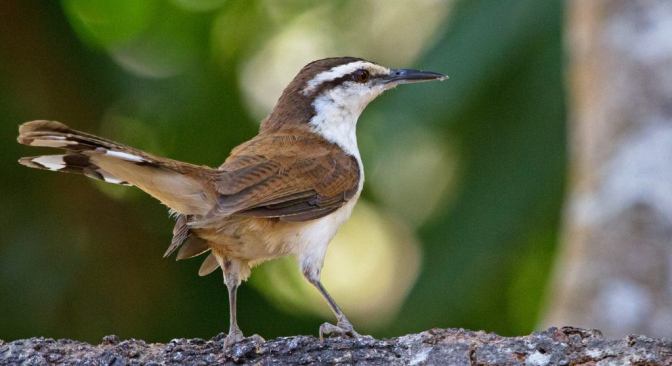 Talk about a distinct song! First, I heard this bird, and then I decided to find out where that oddly intriguing noise was coming from. Two brown and white birds were hopping about branches, chortling in their tree; their happy laughter made me smile. If they’re not singing their signature duet, you’ll recognize them as the larger brown birds with the white bellies. They have long white eyebrows and a brown stripe across the eyes. 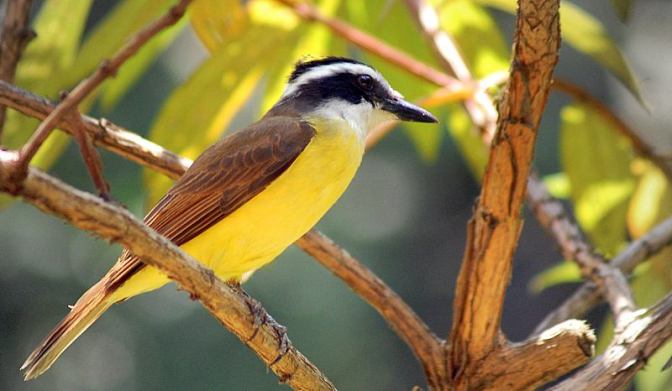 This proud percher sits confidently solo atop a power line on watch, looking, looming, with a dramatic white stripe on its black face. Not shy to make its presence, he says his name for all to hear: kis-ka-dee! This opportunist thrives in the city, scooping up discarded leftovers from patio plates. He also flickers about mid-air to catch flying insects. 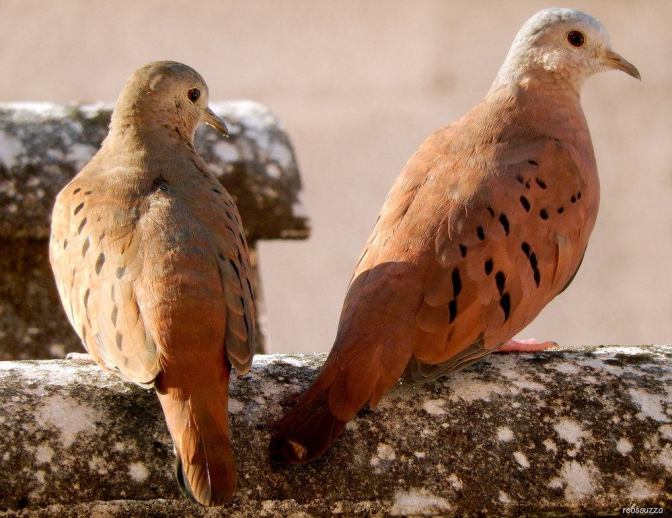 As the name implies, you’ll find our ruddy buddy sifting the sand and dirt for invisible crumbs. Spot its rusty-cinnamon sides and soft grey head. Its black spots help it stay camouflaged in the dusty ground. Although sometimes alone, usually they’ll be cute and travel with a partner. 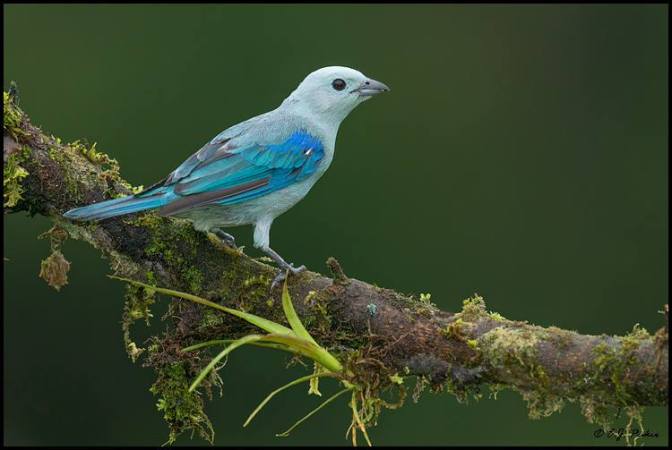 I’ve only seen this handsome creature hanging out solo, quietly creeping though branches. Its subtle blue is just soft enough to be missed by a complacent eye, yet unique enough to be a spectacular nature-wink from above. When you see it, there’s no mistaking it, you’re having a great day. 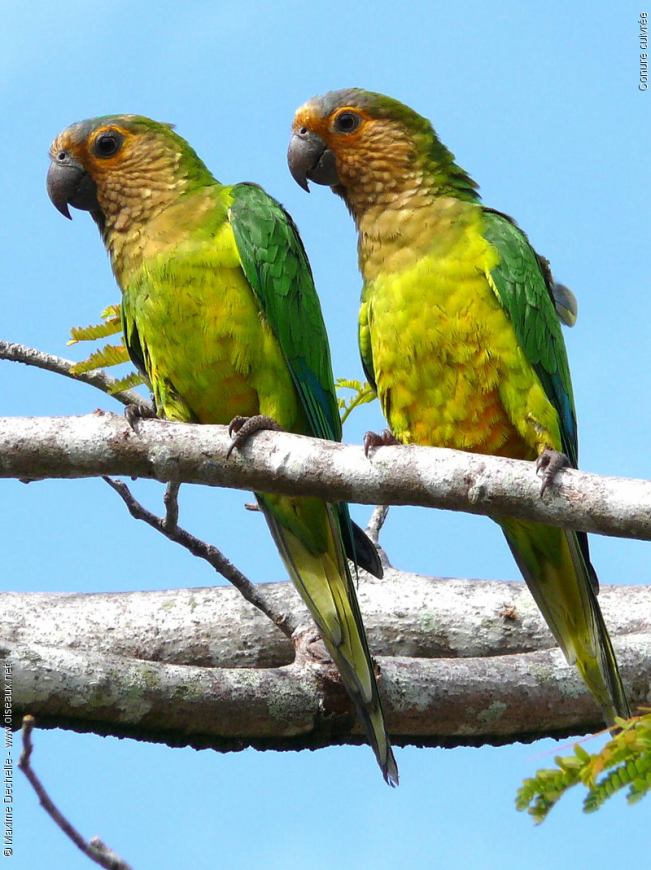 Cackling in the evergreen sidewalk trees, these loud social parrots dart in tightly twisting flocks through the urban centers of the Coast. With high-pitched screeching through the sky, and cheer-cheeedit chirps to each other in raucous conversation, when they’re near, it’s very clear. 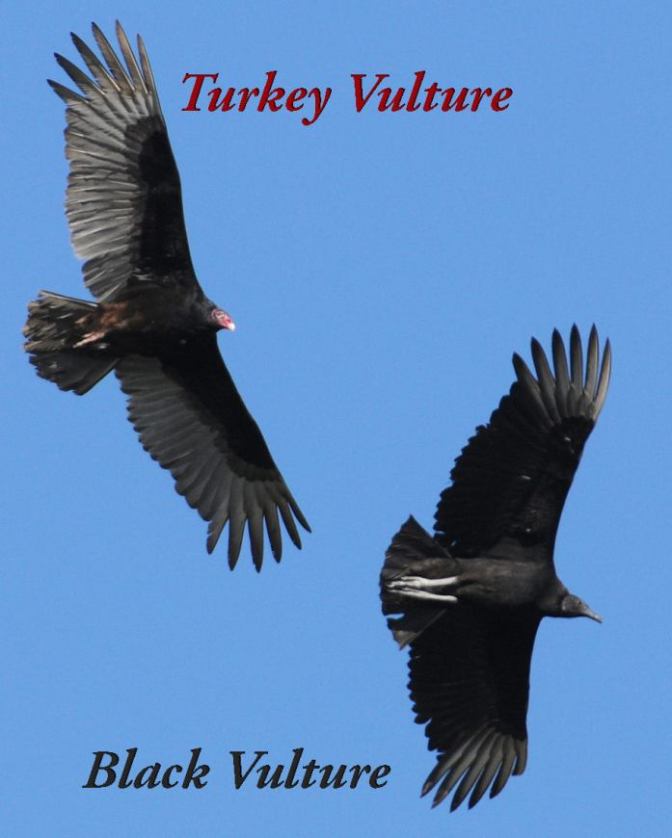 Perched, they’re pretty easy to tell apart, Turkey’s red fleshy head is a dead giveaway. Flying high however, a few tips will help distinguish the two. In flight the black vulture has a flap-and-glide method, whereas the turkey vulture tilts and teeters unevenly from side to side to take advantage of the slightest thermal. Also note the lighter, two-toned shade of the turkey vulture’s wings from underneath. 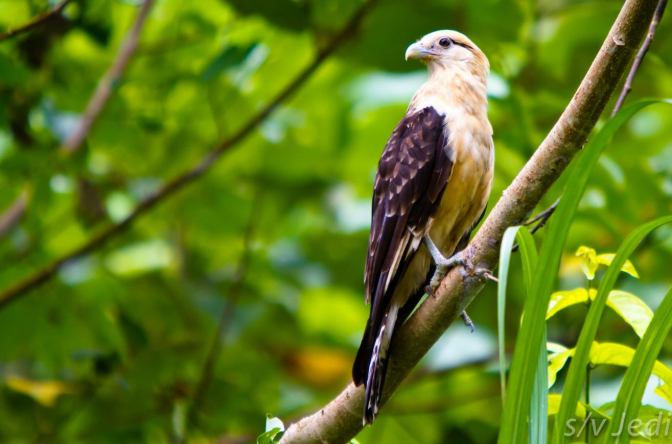 Urban hawk? What is that? I’d been scratching my head and squinting my eyes trying to figure out this bird of prey for a while. With my mental notes, a heavy bird book, and the internet, I found its name and all sorts of interesting facts about it. One fun fact: this bird will sit atop cattle and eat the ticks. ID fact: in flight it flashes memorable white patches across the middle of its wings. 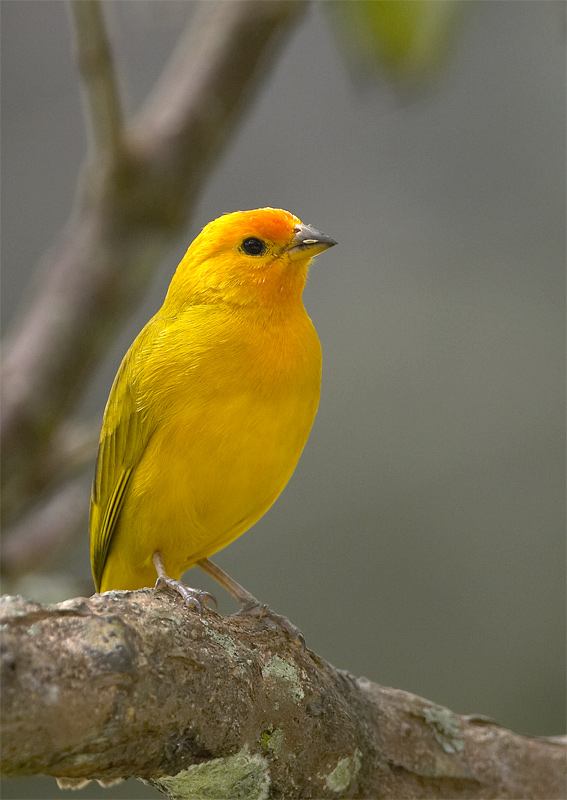 Musical, tiny and beautiful, these coastal friends are often placed in cages, and then hung in homes to sing away their days. In the wild they roam in pairs or loose flocks, skipping and feeding in fields. They perch in shrubs and low trees, and their chipper chirps cheer up the afternoon passersby.

One thought on “Common Birds of the Colombian Coast”