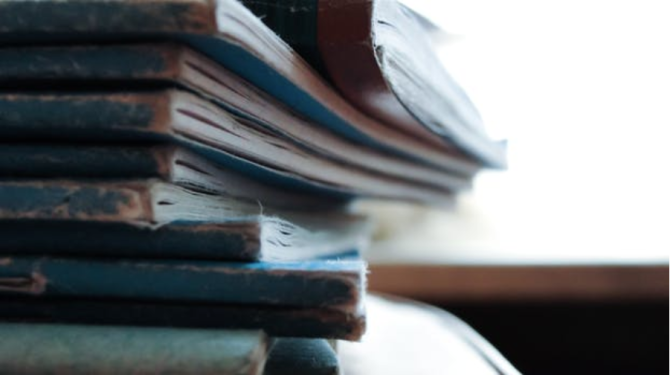 People talk a lot about self-care in the Peace Corps, doing things that keep you happy, keep you sane.

At times, the Peace Corps can be challenging, depressing, even boring. The evaporating enthusiasm of a once highly motivated counterpart or an extended holiday during which a moratorium is placed on all things productive can quickly leave a volunteer between an existential rock and a “why am I here?” hard place. Luckily for me, a skill that I have — that I have had for some time — is keeping myself busy with productive work when my official duties are on hiatus. I don’t know where I developed this skill – perhaps when I was bored to death between classes in Thailand, or perhaps during the tedium which composed my previous government work in the states. Whatever the reason, it’s there. Language learning, self-study, and exercise comprise a few that have served me in the past. Learning the guitar is a welcome new member to the ensemble. However, of the many hobbies that I have developed, voracious reading has had the most significant effect on my Peace Corps service.

I have never been what one would call a bookworm. That is not to say I haven’t read a lot, however; my ingestion of information has always just been of a different format: news articles, wikipedia pages, free online classes, etc. Most of these mediums demand an internet connection, though, and a fast one. In rural Colombia, where the WiFi flows like sludge, one must seek out hobbies of the offline variety.

Enter books. Fully extended on my host family’s warm-colored hammock with the wall-mounted fan on full blast and my kindle in my hand is where I spend most evenings. Here, I read. I read about Madeleine Albright’s intricate navigation of the world and it’s leaders; I read about Trevor Noah’s upbringing in segregated Africa; I read about the American town of Janesville’s desperate attempt to salvage a community stripped of dignity by economic turmoil. And I relate. And I am inspired.

Yes, I am inspired. I am inspired to push my projects forward even when I am anxious to do so. In one instance, after weeks without progress in a new entrepreneurship program at my school, I realized that it was up to me to push the project forward. Beyond the platitudinal talk, the initiative demanded action. We often spoke of the project as idealists, but never seemed to act. I was reminded of something a high school teacher once said to me: “What Ralph Waldo Emerson says, Henry Thoreau Does.” We were Emerson; we needed to be Thoreau.

Reading Madam Secretary at the time, thoughts of former Secretary of State Madeleine Albright filled my head. I thought of the great lengths she took to execute each and every initiative she had undertaken. I thought of her bouncing back and forth between the respective cabins of Yitzhak Rabin and Yasser Arafat at Camp David in an attempt to secure an Israel-Palestine peace deal. She explored every angle and dissected every aspect of the leaders’ perspectives. I thought of her successes, how they didn’t just materialize out of thin air, how she made them happen.

Back in the real world, I took action. I made a poster advertising a meeting to discuss the program. I left the specific information blank; I did not print it. I felt that I was not sufficiently well-informed to complete these tasks. Days passed without input from the school’s coordinators on the specifics of the meeting. The target launch date we had planned was rapidly approaching. I acted again. Choosing a date within the range we were aiming for, a random time I thought most people would be available, and a completely random meeting location, I just made the posters. I brought the final product to the coordinators. They were pleased with my selections. Inserting some small fraction of the fighting spirit that Ms. Albright had lent me had prevailed; the meeting was on.

Holidays muddled the days preceding the meeting, one of those moratoriums I had mentioned. I passed the time playing guitar, practicing Spanish, and — of course — reading. Having finished my book by the former Secretary, I had turned to the Peace Corps Colombia’s book club’s current book, Janesville: An American Story. Through these pages I was transported to a midwestern town in the midst of the Great Recession. I watched as community leaders put everything they had toward the possibility of salvaging some minute amount of economic well-being that seemingly dropped off of a cliff following the closing of the town’s largest employer. A fly on the wall, I accompanied people leaving their comfort zones to visit people’s houses to donate food or Christmas gifts. I saw community leaders organize programs to harness the economic free-fall of an increasingly unemployed town. I saw empathetic human beings launch events and projects to raise awareness of the issues plaguing fellow citizens.

I saw this, and I worked. The day before the meeting had arrived, the only day between the holiday and the time we had scheduled when teachers and students would both populate the school’s yellow hallways. Another me might have have let the advertisements do all the work. “They’ll be enough,” he would have said. But with a fraction of the strength of the community members of Janesville, I pushed forward. Stripping one of the advertisements from the wall, I walked from class to class, pitching the meeting to the students. I even recruited another teacher along the way who could better articulate in Spanish the importance of entrepreneurship. I’m lucky I did. He also suggested taking the message to the local radio station to advertise it, an idea I also carried out. The meeting itself reminded me of a scene in Janesville. An important documentary about teen homelessness was being screened, and the organizer of the debut was worried the theatre would be empty. It was packed. With some unexpected obstacles interfering with my plan, but also some great humans rising to the occasion, the same can be said of my meeting.

Riding back from the radio station, I had a wide grin on my face. I felt like my life in Colombia was unfolding like one of the books that illuminates my face while laying out in the hammock late into the night. I felt that I had been better than myself, that seeing the world through these book colored lenses had made me better.